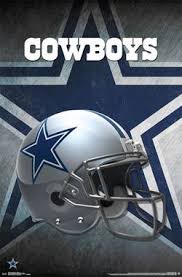 Sterling’s true passion in life was his family, with his wife, his sons, and his three grandchildren being the center of his world. Since becoming a grandpa, he loved to spoil his grandchildren, brag about their cuteness, and show off photos to all who would look. Sterling was also known for his love for sports, especially his Dallas Cowboys. He also loved vintage cars, drag racing, and was a technology enthusiast. All who knew Sterling would describe him as such a kind, welcoming, and genuine man, who warmed your heart with his big smile. He had a way of lighting up the room with his presence, a trait that his family and friends will immensely miss.

A celebration of Sterling’s life will be held at the Badlands Community Facility on February 22, 2020 at 1:00 pm.  In lieu of flowers, if people choose, a donation can be made to Epilepsy Association of Calgary.

Please only reference the obituary for the above on this website, any other websites that it is located on do not have the right or the permission to post excluding the Drumheller Mail and Facebook.