Share a memory
Obituary & Services
Tribute Wall
Read more about the life story of Larry and share your memory.

Larry spent much of his life on the Ranch – in his younger days, he roamed the surrounding hills with Maurice, swam the river, explored the islands, and spooked the deer. He would help with chores – bringing in water and coal, helping to clean the barns, helping with the animals, gathering eggs, and occasionally milking cows. Controlling the gopher population was a regular part of a boy’s life on the ranch, which he and Maurice did often, along with riding horses around the valley and up “on top.”

Larry went to school in Dorothy, which only went to grade 11. His only job was at the Ranch. He spent many of his days checking cattle, pulling calves, mending fences, and servicing equipment. After Everett passed away in 1963, Larry took on duties as the lead hand on the Ranch and became a mentor and guide to his younger siblings, Edward, Willard, and Cyndi. His distinctive limp originated with an incident in 1966 when he was kicked by a horse while attempting to help it after a run-in with a porcupine.

He enjoyed spending time outdoors, swimming in the river, or nearby dugout, bicycling, reading, and carving. He also built a log cabin that currently sits in the park at Dorothy. He loved animals, and at least nine working dogs and companions were part of his life at various times until he moved to Drumheller. He also adopted a couple of coyote pups, which he raised until they started bothering the cattle. Unfortunately, a choice had to be made between the cattle and the coyotes…

Later, the family welcomed foster triplets Rose, Anne, and Vicktor Mohr to the Ranch. Larry became their big brother and a significant influence in their lives. He was a proud uncle to Maurice and Thelma’s children, Clayton, Hope, and Clifford; to Rose and Michael Harrish’s girls, Paula, and Melissa; and a great uncle to Clayton and Merie’s girls, Katherine, and Lauren. The kids always knew him as “Uncle Bob” or “Uncle Bobby” … the nickname came about when his younger siblings couldn’t pronounce “Larry.”

He loved his days of working and living on the Ranch. Even after their mother’s passing in 1980, it was the centre of most Smith family gatherings until it changed ownership in 1989. After that, he went into a very active retirement, helping neighbours with farm and ranch chores, and helping to restore the churches in Dorothy, which remain local landmarks. He enjoyed visiting friends and family often and was a regular for coffee with other locals in Rosedale and later in Drumheller.

Larry passed away quietly at Calgary’s Foothills Hospital on January 5, 2023. A cowboy gathering will be held in the spring at the Dorothy Community Park.  Courtney-Winter’s Funeral Homes are in care of the arrangements. 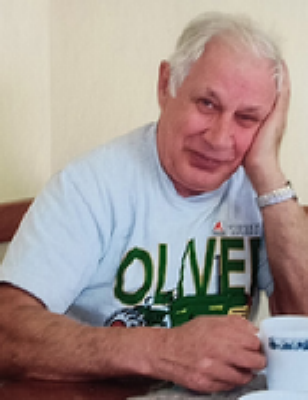