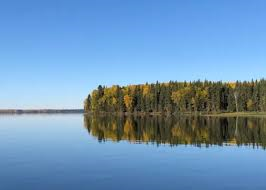 It is with heavy hearts and great sadness that the family announces the passing of Eugene “Richard” Donais on Wednesday, August 26, 2020 at the age of 63.

Rick was born in Drumheller, Alberta and grew up in Midland.  The second of seven siblings.  Rick was always willing to lend a hand to his big family and many friends.

R.D., Ricky, Popeye, Captain or Jim were some of the nicknames he acquired over the years.  In 1977 he started Verdant Valley Oilfield Services Ltd. with his dad.  Later Rick went to work for Precision Drilling.

Rick married Leslie Berlando in September of 1984.  He is survived by both his parents Eugene Sr. and Phyllis (Nonie) Donais, his wife, his son Eugene Donais Jr. and his daughter Natalie (Phil) Dompnier, and his only grandchildren Davin and Brooklyn. His brothers Kim (Sheila) Donais, Dale Donais, Stanley (Sharon) Donais, his sisters Anna (Miles) Sweep, Sandra (Dan) Chambers, and his baby brother Keith (Kimberly) Donais.  As well as his numerous nieces, nephews and cousins.

Rick was predeceased by his niece Kala Donais, his father-in-law Eugene James Berlando and sisters-in-law Brenda Colberg and Beverly Brown.

Rick was so loved and will be missed forever.  He had many passions in life: riding his Harley, driving his sports cars, his dogs, and spoiling his grandchildren.  He was an incredible cook who enjoyed fishing, boating and spending time at Marie Lake.  Rick’s big smile only matched his big heart.

A Celebration of Rick’s Life will be held at an undisclosed location.  Donations can be made to the MS Society or Canadian Cancer Society.  Courtney-Winter’s Funeral Homes are in care of the arrangements.