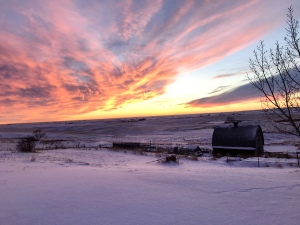 Arthur Taubert, from Hussar, beloved husband of Dianne, passed away after a short illness at the age of 86.

Art was born on the family farm NE of Hussar, where he spent the first 13 years of his life.  He attended Fairyvale and Severn Creek schools.  Where, unfortunately he and his brothers had to walk uphill both ways to and from school and in a blizzard all the time.  His family farm was close to his Grandparents farm and he spent lots of time with his aunts and uncles, who were more like brother and sisters.  In 1947, he packed up his mom and his brothers and moved to Rosebud and became the man of the family.  To help support the family he worked for several different farmers and ranchers in the Rosebud area.  At a very young age he was already a provider.

His teen years and early adulthood were spent in Rosebud where he met many of his lifelong friends.  He loved to tell stories of all his adventures and misadventures, he would get a twinkle in his eye and a grin from ear to ear.  Rosebud held a very special place in his heart.  He married Dianne on October 28, 1961 in Rosebud.  They lived and worked in Calgary, he stayed in the city in the winter and went to Hussar in the spring to farm land rented to him by his Grandpa Kaiser.  They bought their home place in 1965, raised their family there and continued to live there, it was where he was the happiest.  Surrounded by his land, his animals, his friends and his family.  His door was always open, day and night, for friends and family to stop in for a coffee and a visit.

Art served on numerous boards, including, the Hussar Seed Cleaning Plant, Hussar Credit Union Board, Delegates Advisory Committee for the Alberta Wheat Pool, Ag Society, Booster Club, Curling Club and was a leader in the Hussar Small Motors 4-H Club.  He loved his time on the Pancake wagon for the Hussar Summerdaze weekend.  He spent many hours working and playing in the curling and the skating rinks.

Art was a true farmer, he cared for his land and his animals with all his heart.  He had many cherished pets over the years.  He passed along his love of animals and the land to his family.  Art took in many strays over the years and he made them feel like the most wanted of beings. He taught his kids that every life is precious whether it be cranky bantam chickens, orphaned gophers, ducks, rabbits, kittens or calves.  He would work tirelessly to save an animal and truly hated to see one suffer.   Building his farm from the ground up, watching Kevin continue to build on its foundation was such a huge source of pride to him.  Having his family all gathered together was one of his biggest joys.  He truly believed that a measure of a man was his honesty and his work ethic.

He was predeceased by his adored mother Katie, brothers Ted and Eddie. His father Felix. Numerous brothers and sister in-laws.

Due to Covid19 a private service will be held on November 7th at the family farm.

We would like to thank all the staff at the Drumheller Health Centre for their outstanding care and kindness. The staff truly went above and beyond to make his last days comfortable. He hated to be a burden and they never made him feel that way. He teased them all up until the very end.

In lieu of flowers, donations can be made to the Drumheller Humane Society, or the Hussar Agricultural Society.